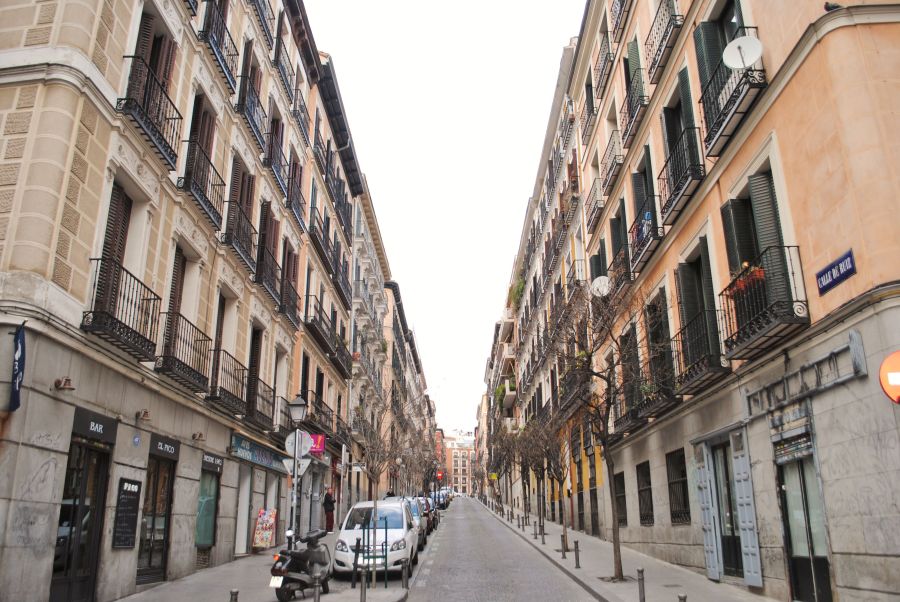 Let me guess… you’ve decided to make the move to Madrid and you’ve begun negotiating the stressful experience of house hunting in Madrid. The Madrid housing market has become highly competitive and much more expensive than just a mere two years ago… with a shortage of accommodation exacerbated by the number of Airbnbs popping up around the city centre, it has become a dog-eat-dog world.

Here are some tips to help you find your home in the sun:

Start with an Airbnb, you can find Airbnbs in abundant supply in Madrid and it’s worth getting here first and having a base while you do your househunting and explore the various neighbourhoods (a post on neighbourhoods to follow soon). I would suggest that you take time to find the place you’re going to move into so that you can avoid heartache in the future.

Where to look for accommodation

There are several websites and Facebook pages available. The most popular pages being www.idealista.com and www.fotocasa.com

Here you can find a lot of apartments but beware of scams. If there is a flat and it looks  too good to be true for the price and area then it probably is a scam. Any landlord that asks you to put a deposit down because they are out of the country are a scam. I don’t advise that you rent an apartment before setting foot in Madrid as there have been many stories of people conned out of their deposit by these scams.

Facebook is also a great source of finding accommodation, there are pages such as auxiliares de conversacion en madrid (the original) where teachers advertise for roommates and advertise rooms when they are moving out. There are many Facebook forums for teachers that will give you lots of useful advice and cheap ways of furnishing your brand new home.

Another way of finding a home is to go via an estate agency but remember that they usually charge one month’s rent as commission (non-refundable) and also perhaps a deposit of two more months. This adds up to a significant figure.

Don’t look for places in the City Centre

Everyone wants to live in the trendy districts of Sol, Opera, Malasaña and Chueca however bear in mind that living in the city centre is extremely expensive. House shares are charging from 400 to 600 just for a ROOM in a shared apartment.

Remember that public transport is excellent in Madrid and that it normally takes more or less 20 – 30 minutes to travel within the M30 highway zone. For example where I live in Nuevos Ministerios it is out of the city centre and significantly cheaper and only one stop to Sol (5 mins) on the Cercanias train.

Also bear in mind where you will be working as you will want to make sure you have as few changes as possible or at best a direct metro trip with only a few stops. It’s not fun spending hours commuting on the metro.

I have lived in Chueca and Lavapies and though it’s fun to live in the centre in the first year it can grow pretty tedious. Though it’s only walking distance to everywhere central at night you will find a lot of people drinking, urinating and vomiting on your doorstep and wake up to people passed out in your doorway (at worst) or broken glass and cigarette butts (at best) on your doorstep.

It can also be quite noisy at nights as most of the buildings in the centre are usually older buildings and have single-glazed windows. You will soon discover that Madrileños party every night of the week and a good night’s sleep is a valuable thing!

When I lived in Chueca I didn’t sleep for three days during Gay Pride because it was impossible. Something I don’t miss so much from living in the centre.

How much should I expect to pay for a flat / houseshare

House shares range from around 300 to 600 euros (including all bills) depending on how many people you want to share with. If there are a few of you it might be worth renting a whole apartment for yourselves.

Two bedroom apartments range from around 900 to 1500 euros per month.

Studios / one bed flats are now around 700 euros upwards.

This will give you an idea what to expect to pay. Remember that the above prices don’t include bills such as electricity, internet or water, these will be additional costs in most cases.

So you’ve seen a couple of ads that you like the look of, what’s next?

When you organise a house viewing Spanish is definitely useful, try to get someone who can speak Spanish to come with you. Surprisingly enough for a capital city few people have the confidence to speak in English.

Try to organise the viewing first thing in the morning, if you’re the first person to call you have a better probability of getting the place. You need to go with a deposit ready and a determined mindset. If you like the place you need to jump on it ASAP!

Usually places have a viewing list of many people and property is in high demand, so the early bird gets the worm!

You will probably need to put down a “señal” or deposit straight away which you MUST sign for with a witness, then you will probably be shown or sent a contract, for this part it’s essential to have someone who can speak Spanish so that you don’t get any unwanted clauses in your contract. This will save you from lots of hassle in the future.

An incredibly high number of private landlords don’t declare their income to the government (I estimate about 80%), so it’s essential you’re careful about your contract and your deposit. I would recommend NEVER to pay more than one month’s rent.

Most people (Spanish and Foreign) pay one month’s rent as a deposit and use this as their last month’s rent, they often tell the landlord as you will find that very often they will not return your deposit and find some excuse not to give it back to you.

This is because the landlord is renting it illegally. If they had gone down the legal route the deposit you paid would be placed in an account with the Hacienda which is inaccessible by either the landlord or the tenant. Upon termination of the contract both will have to come to an agreement and the deposit is returned, this process is mediated by the Hacienda.

If you have a landlord who isn’t declaring his income from his rental property the chances of obtaining your deposit are very slim.

If you find an older flat that has central heating this is a “chollo” or “amazing offer”, you will save a lot more money. Most modern flats only have electricity and electricity costs in Spain are some of the highest in Europe!

Madrid has very cold winters with temperatures dropping at times to -4 degrees centigrade! So the cost of heating is an important factor to consider. Also air conditioning can cost a lot in the summer.

Just as an example, I live in a 40 square metre studio with electricity and my bill can run up to 120 euros for two months in winter. But I’m a “friolera” and get very cold in the winter so I need heating!

Some old buildings have central heating for the entire building which means that you don’t have to pay anything and you will be nice and toasty all winter! Sometimes even too hot!

Aticos often get very hot in the summer due to proximity to the roof. Bajos usually are warm and toasty in the winter but I would advise against getting a place on the ground floor. When I lived in a bajo it was incredibly dark and there was never enough daylight, also you’re the first stop for any cockroaches that may be lurking in your building.

Patience is key in finding a flat. I have moved four times in five years in Madrid and some of my experiences have been good and bad. I would advise not rushing into renting a flat that you won’t be too happy with. Often you can move out of the flat with one month’s notice but be wary of contracts that stipulate a year or six months of rent as sometimes landlords try to force you to pay for the whole period of time even if you move out!

In this case it’s useful to remember whether your landlord is renting illegally or legally. If they are renting to you illegally they don’t have a leg to stand on and you can say that you will report them to the tax office for not paying property tax or declaring their income via burofax. This will ensure that they will desist in asking you to pay for the remainder of your stay.

Well, I hope that this information has been useful! In my next post I’m going to talk about the different neighbourhoods in Madrid that are popular to live in.

Looking forward to hearing your feedback about my first post!