What is the Movida Madrileña?

When you move to Madrid you will hear Madrileños nostalgically talking about the Movida Madrileña as an epic period of the history of this city.

This artistic phenomenon was born from the emergence of Spain from Franco’s dictatorship. While the rest of the world had the wild and psychedelic 60’s and 70’s Spain was in the midst of a prohibitive dictatorship.

When Franco died this artistic and social movement emerged from the ashes as a way of moving forward by finding its own voice and identity.

This movement was born from the subversive comedy and cinematic underground scene in Barcelona and from Madrileña art galleries like Buades, which was a congregation of artists and intellectuals in the 70’s.

It was an explosion of art, culture, rock music and expression. It arose from the first Spanish rock and pop groups and a group of Argentinian immigrants including Jorge Alvarez, Cecilia Ross, Juan Agatti and others. Who sought refuge from Videla’s dictatorship.

The 80’s was an exciting time in Spain, a time of rebellion where nudity, homosexuality, drugs, sex, music, rock and roll suddenly exploded into public view: in the streets, on the television, in the clubs. It was the letting off of steam after many years of restrictions. Some say that the more conservative parts of Spanish society kept quiet during this incredibly permissive time, hoping that it would be a passing phase that would burn itself out. 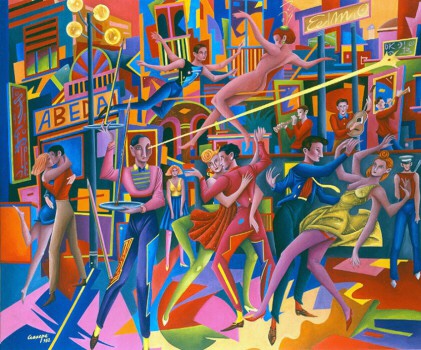 The Movida began in the 80’s and music groups such as Loquillo, Alaska, Kaka De Luxe, Las Chinas propelled to fame.

These bands were launched to fame by being in the right place at the right time. Many openly admit today that they neither knew how to sing or play instruments.

In 1982 the first socialist government and Mayor Tierno Galvan provided an impulse in that cultural movement and held free concerts promoting new bands all around the city. Bands were promoted on the two television channels and reached thousands of people all across Spain.

Fashion at the time verged on punk and new romantic and hairdressers at this time stated that the young people wanted to appear with different hairstyles from one week to the next: Mohawks, eggplant hair dye, wild ambitious hairstyles when simple things like hard hair gel and certain colors were unavailable in Spain. Clothes that embodied the Movida spirit were unavailable too and many went to London or other European cities to buy the studded leather belts and other items that later came to encapsulate the style of the movement. 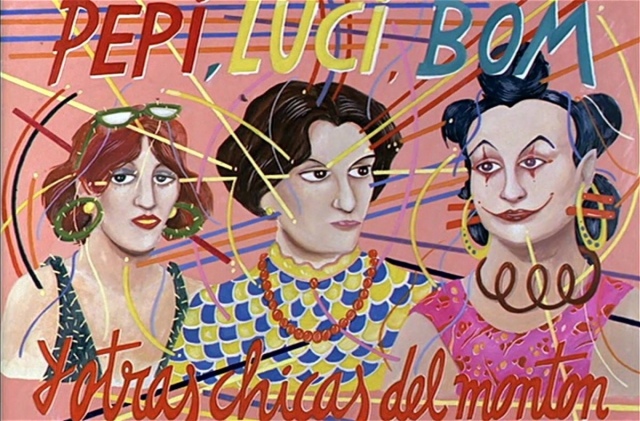 One of the most famous protagonists of this movement is the filmmaker Pedro Almodovar who began his career singing terribly in drag. His movies were more often a love letter to the city and were filmed in some of the most neglected neighborhoods of the time including housing projects near the M30 and in Barrio De Prosperidad. Below you can see a photo of Pedro Almodovar in drag (bottom left). 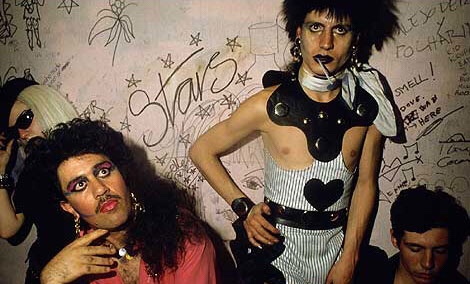 The films that launched him to international stardom included Pepi, Luci, Bom (1980) and Laberinto de Pasiones (1982) and his later films received worldwide acclaim.

He showed the gritty reality of Spain in this era, the prostitution, homosexuality, Transsexuality, and consumption of drugs. All the things forbidden during Franco’s dictatorship. This rebellious spirit was also widely reflected in the explosion of pornography and hedonism of the time.

“It’s difficult to speak of La Movida and explain it to those who didn’t live those years. We weren’t a generation; we weren’t an artistic movement; we weren’t a group with a concrete ideology. We were simply a bunch of people that coincided in one of the most explosive moments in the country.” said Pedro Almodovar.

The movement was focused on Malasaña district (jokingly referred to as the Republica Independiente de Malasaña) where young people gathered at Rock Ola ( el ‘Templo de la Movida which is now closed), El Sol, La Via Lactea, Carolina and La Penta where live concerts and DJs played sets all night long with a background of short alternative films. Some of these bars are still open today and keep the Movida alive through music.

Rock Ola was where famous artists such as Boy George, Depeche Mode, Spandau Ballet played epic concerts and was the set of several iconic films.

in the art world, graffiti artist Muelle (real name Juan Carlos Argello), who died only 29 years of age, became infamous around this time, first tagging in the Barrio de Campamento, where he lived, but later his signature tag was imitated throughout the city.

His daring late night ventures became legendary. One night get was pursued by undercover cops on his moped in Embajadores barrio after he was caught tagging a wall. 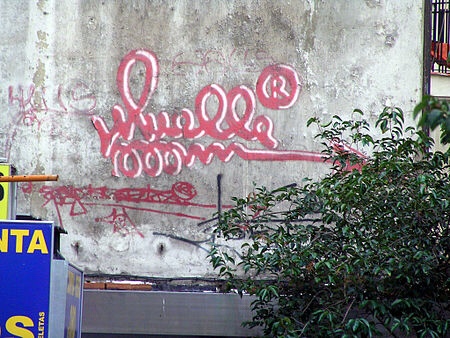 Though he was trying to escape he was held up by a red traffic light (he respected the laws of the road). The police said ”was that you doing the painting?” he played dumb pretending now to know anything. Until they demanded to know if he was Muelle. When he admitted his identity they asked for his autograph!

His most famous graffiti has been restored and can be seen on Calle Montera near Sol. Have you seen it?

Where are we today?

The impact of the Movida runs deep even today in Madrid’s streets and art and theatre and music.

A highly successful Spanish musical: Hoy No Me Puedo Levantar (I Just Can’t Get Up Today), created by NachoCano, a former member of the band Mecano, is set with La Movida as its cultural background and portrays the essence of the movement shadowed by the influx of drugs and AIDS. This show remains popular to this day and is one of the many films that tries to capture and portray the spirit of the Movida.

The enduring spirit of the Movida lives on in film and will be immortalized forever as when Madrid left its past behind and took the leap to join a more progressive and alternative world.

A trip down memory lane

if you want to take a trip down memory lane you can visit Madrid Me Mata bar which is a tribute to the Movida, with relics from famous Spanish music groups in their mini museum. 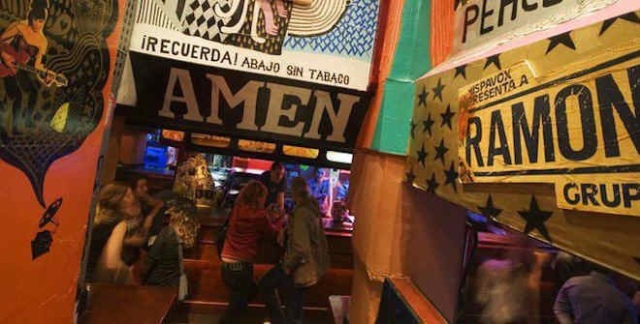 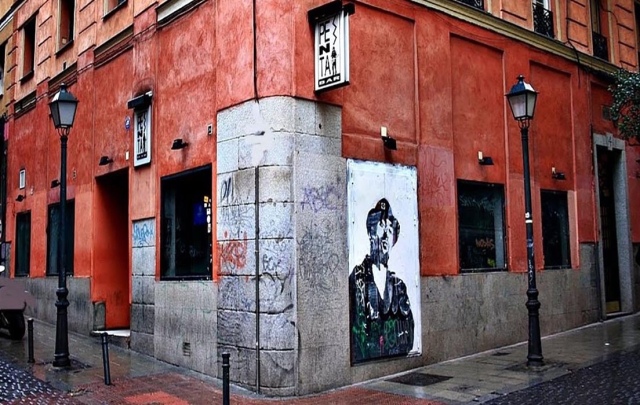