Spain is the home of many inventions, some that you may use day to day but had no idea were invented here in Spain.

Today we will learn how Spanish ingenuity has shaped the world!

The most commonly used household item was invented in Spain by a man, a member of the Spanish Air Force named Manuel Jalón in 1956, his invention meant that people no longer needed to get on their hands and knees to scrub floors with rags.

With the help of his friend, Emilio Bellvis, a mechanic at the Zaragoza air base, he set up the company Rodex and went into mop production and forever changed the way we clean our houses the world over!

The Murcian engineer Isaac Peral revolutionized underwater navigation through his design of a submersible vessel powered by electricity. The first submarine was made with steel and was constructed for military use and launched in 1888. It remains on display at the Port of Cartagena in Murcia. 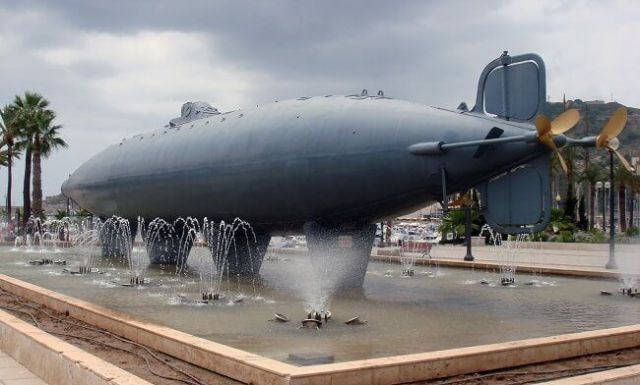 “One small step for man, one giant leap for mankind”. These words from Neil Armstrong as he took his first steps on the lunar surface would have never been possible if not

for the Spaniard. Emilio Herrera Linares, who invented the space suit in 1935, which he named the escafrandra estratonáutica.  The original design was intended for use during high altitude balloon flights.

Herrera’s suit featured an airtight internal garment which he tested in the bathtub in his flat in Seville, and was covered by an accordion-like, pleated and jointed metallic frame. It set the precedent for future designs for high-pressure suits and is an example of Spanish ingenuity.

Enric Bernat had the ingenious idea of creating a piece of candy mounted on a stick in 1957, his invention took the world by storm. The Spanish brand of lollipop Chupa Chups was founded in 1958 and is nowadays is owned by an Italian-Dutch multinational  Perfetti Van Melle. The Chupa Chups logo was designed by the artist Salvador Dalí in 1969, and in 1995, it became the first candy to be consumed in space.

Now, this is an invention I cannot live without and have the Spanish civil engineer and mathematician Leonardo Torres y Quevedo to thank. He invented the first digital calculator in 1914, which evolved from the original calculator invented by Blaise Pascal which functioned with the use of gears and wheels.

Who doesn’t enjoy a cable car ride? The cable car is one of the most important Spanish contributions to inventions in history. Invented by Leonardo Torres y Quevedo, who also created the first digital calculator, this invention was patented as “A system of a funicular aerial road of multiple wires” in 1887.

The first cable car was used in 1907 for public transportation in Monte Ulía (San Sebastián). Its success led this invention to be exported outside of Spain to other countries, and the Niagara Falls air shuttle was also invented by Torres Quevedo.

The classic six-string guitar that we use today was invented in Spain between the 13th and 18th centuries. This guitar was a step in the evolution of The vihuela which was a popular instrument in Spain and Italy.

Its other names include Spanish guitar, concert guitar or classical acoustic guitar and its sound is characteristic to Spanish music including Flamenco.

Though cultures dating back to 5000 BC have indulged in smoking,  the rolled cigarette is said to have originated from Spain, where beggars in the streets of Seville in the 16th century would collect discarded tobacco on the streets and roll them in thin sheets of rice paper to smoke. It was only in 1825 when cigarettes were first packaged and sold in this format and the first manufactured cigarettes were sold to the public in 1833.

The Spanish engineer Juan de la Cierva invented this aircraft in the 1920s in an attempt to create an aircraft that could fly safely at low speeds. His invention is considered the precursor of the modern helicopter. The maiden flight took place on 9th of January 1923 when he took off from Cuatro Vientos Airfield, in Madrid.

The gyroplane had the ability to take off and land in very small spaces and this was one of its advantages over other aircraft of the time. 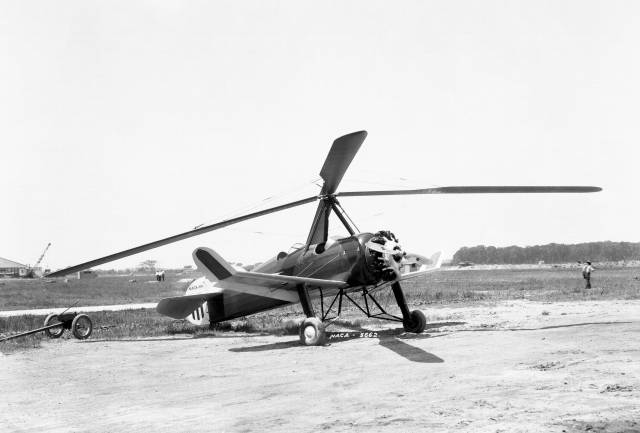